Loving God, your created a world of color. We see the beauty in the spectrum of what our eyes and hearts and minds are able to envision. Yet, we are a people who live in a world of color bias and prejudice. This system that we call today is in now way compatible with the way of Jesus or the truth of your good news. We worship you, O God, and trust in your love that inspires justice and peace. Still, we often stand in the way of such equality and equity. Sometimes we do not realize the ways in which we have benefited from privilege. Other times it is in intention contempt and hatred. We are so broken and we have brought brokenness to your world in the form of racism. How long, O God, how long? How long until we truly repent and provide for the accessibility of all for what is needed to live life fully? Forgive us, One of Compassion and Mercy. Bring healing to your ailing world and to all people everywhere. And, enable us to live into the mandate of love. Empower our love of You, our love of one another, and our love of who we truly are. Guide us, O God, into the ways of your Blessed and Eternal Kin-Dom. Amen.
William Wilberforce Day is celebrated in the Anglican Community annually on this day (the date following his death in 1833) as an opportunity for people everywhere to celebrate the life and legacy of the revolutionary British abolitionist.


William Wilberforce was born in the East Riding of Yorkshire on August 24, 1759. The only son of a prosperous merchant, Wilberforce had the advantages of wealth, social position, and charm. Short and nearsighted, he was a sickly child, but during his education at Cambridge (where he befriended future Prime Minister William Pitt) he was know for his social nature and flare for entertaining.
After college, at the tender age of 21, Wilberforce began his political career in Parliament, where he quickly became the heart of the British abolitionist movement.

Today’s historians compare William Wilberforce to modern leaders like Martin Luther King, Jr. and Ghandi—other “people of faith seeking social justice.”
Wilberforce worked tirelessly not only to end slavery, but also to repair the moral fabric of nineteenth century England, leveraging his personal fortune, political ties, and friendships to better the world around him.
Though it took decades, his brilliant and unmatched skills as an orator and debater stirred sympathy for enslaved Africans, first putting an end to the British slave trade, and later leading to the emancipation of Britain’s slaves—the latter goal being attained only three days before Wilberforce’s death in 1833.
William Wilberforce is an inspiration — not just because of the change he drove, but also because of this character:


“Wilberforce’s compassion, self-discipline, and respect for others offer lessons for a contemporary audience on how to change the world for the better—peacefully and definitively. In the world of politics William Wilberforce’s political career is a case study that not only merits attention, but also can inspire others to see the potential for great good in a political life that is built on strength of character rather than expediency.” —from the www.TheBetterHour.org

We look to the life of Wilberforce, not because he was perfect. But, because he has shown us how to make a change for the good. He is not a spiritual hero, per se, but as one who was able to transition from a life of privilege to lead a life of political activism that made a better world for those enslaved and many of the poor and at risk people in the Britain of his day.

We thank God for those who lead by example and endeavor to incorporate their virtues and ways of just peace.

To be sure, this is not about doing something as a way of feeling better about ourselves that we may once again vanish into ignorance and mediocrity. It is about make the correct change in the world for the people who are, and have been oppressed, assaulted, murdered, and discriminated against by white privilege and the bias, practice, and continuing injustices of the status quo and are daily reinforced and protected by legislation and our support of leadership that underscores a corrupt legacy of white, male, wealthy, powerful, controlling, manipulating, indoctrinating government and society.

We cannot be at peace or find blessing in our days until all are free, all are given their due respect and dignity, and all are able to live without the evil of racism and its sin. 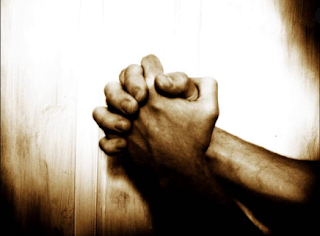